Warning: call_user_func_array() expects parameter 1 to be a valid callback, class 'collapsArch' does not have a method 'enqueue_scripts' in /home/customer/www/hungarianphilately.org/public_html/wp-includes/class-wp-hook.php on line 308 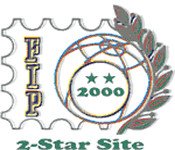 THE SHP website was entered in July 2000 to the Federation Internationale de Philatelie 2000 Website Competition and was awarded a 2 Star award. There were 49 entries received for the evaluation of their sites, compared with 66 entries for 1999 Evaluation. These came from 19 countries (1999 – 21 countries), of which, 8 countries entered for the first time. The evaluation was completed by a team of seven accredited literature jurors from six countries in Europe and North America under the leadership of Francis Kiddle, Vice-President of the FIP Literature Commission. 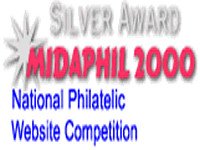 THE SHP website was entered in October 2000 to the MIDAPHIL 2000 National Website Competition and was awarded a silver award.